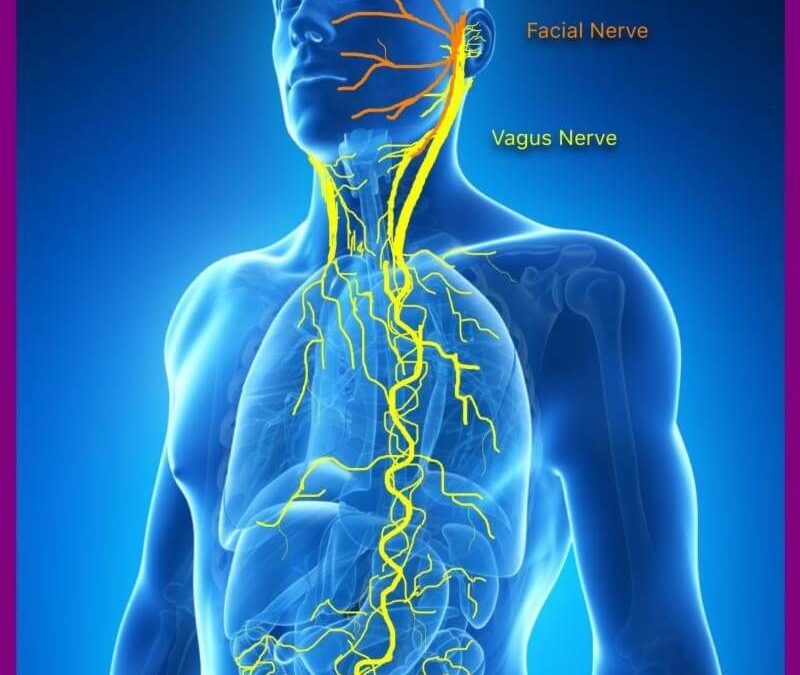 An article from the New York Times by Christina Caron who is a reporter for the Well section, covering mental health and the intersection of culture and health care. Previously, she was a parenting reporter, general assignment reporter and copy editor at The Times. @cdcaron

In recent years, the vagus nerve has become an object of fascination, especially on social media. The vagal nerve fibres, which run from the brain to the abdomen, have been anointed by some influencers as the key to reducing anxiety, regulating the nervous system and helping the body to relax.

TikTok videos with the hashtag “#vagusnerve” have been viewed more than 64 million times and there are nearly 70,000 posts with the hashtag on Instagram. Some of the most popular ones feature simple hacks to “tone” or “reset” the vagus nerve, in which people plunge their faces into ice water baths or lie on their backs with ice packs on their chests. There are also neck and ear massages, eye exercises and deep-breathing techniques.

Now, wellness companies have capitalized on the trend, offering products like “vagus massage oil,” vibrating bracelets and pillow mists, that claim to stimulate the nerve, but that have not been endorsed by the scientific community.

Researchers who study the vagus nerve say that stimulating it with electrodes can potentially help improve mood and alleviate symptoms in those who suffer from treatment-resistant depression, among other ailments. But are there other ways to activate the vagus nerve? Who would benefit most from doing so? And what exactly is the vagus nerve, anyway? Here’s a look at what we know so far.

What is the vagus nerve?

The term “vagus nerve” is actually shorthand for thousands of fibres. They are organized into two bundles that run from the brain stem down through each side of the neck and into the torso, branching outward to touch our internal organs, said Dr. Kevin J. Tracey, a neurosurgeon and president of the Feinstein Institutes for Medical Research, Northwell Health’s research centre in New York.

Imagine something akin to a tree, whose limbs interact with nearly every organ system in the body. (The word “vagus” means “wandering” in Latin.)

The vagus nerve picks up information about how the organs are functioning and also sends information from the brain stem back to the body, helping to control digestion, heart rate, voice, mood and the immune system.

For those reasons, the vagus nerve — the longest of the 12 cranial nerves — is sometimes referred to as an “information superhighway.”  Dr. Tracey compared it to a trans-Atlantic cable.  “It’s not a mishmash of signals,” he said. “Every signal has a specific job.”

Scientists first began examining the vagus nerve in the late 1800s to investigate whether stimulating it could be a potential treatment for epilepsy. They later discovered that a side effect of activating the nerve was an improvement in mood. Today, researchers are examining how the nerve can affect psychiatric disorders, among other conditions.

What does the research say?

Evidence indicates that stimulating the vagus nerve can help people with epilepsy, diabetes, treatment-resistant depression and post-traumatic stress disorder — as well as inflammatory autoimmune conditions like Crohn’s disease or rheumatoid arthritis. There is even some preliminary research suggesting that long Covid symptoms could originate, in part, from the virus’s effect on the vagus nerve.

“It can sound sort of magical with all the things it does,” said Eric Porges, an assistant professor in the department of clinical and health psychology at the University of Florida who studies the vagus nerve. Our understanding of the vagus nerve “continues to grow in richness and depth,” he said, but there is still much to learn about how it works.

In the early 2000s, researchers started to show that vagus nerve stimulation could help some patients who were severely depressed and had not responded to other treatments.

A wave of studies followed.

By 2005, the Food and Drug Administration had approved implantable pulse-generating devices that sent electrical signals to the vagus nerve, for use in patients with treatment-resistant depression. Similar devices have also been approved for obesity — to help control feelings of hunger and fullness — and for the treatment of epilepsy. The downside of these devices, however, is that the surgery is expensive and it can take months — and sometimes as long as a year — to have an effect.

Researchers are now recruiting patients for the largest clinical trial to date examining to what degree vagus nerve stimulation may help patients with depression who have been unable to find relief with other treatments.

The device may be especially helpful for those with bipolar depression because, so few treatments exist for them, said Dr. Scott Aaronson, one of the senior psychiatrists involved in the clinical trial and the chief science officer of the Institute for Advanced Diagnostics and Therapeutics, a centre within the Sheppard Pratt psychiatric hospital that aims to help people who have not improved with conventional treatments and medications.

In general, one of the problems with treating depression “is that we’ve got a lot of medications that pretty much do the same thing,” Dr. Aaronson said. And when patients do not respond to those medications, “we don’t have a lot of novel stuff.”

Implanted vagus nerve stimulation isn’t currently accessible for most people, however, because insurers have so far declined to pay for the procedure, with the exception of Medicare recipients participating in the latest clinical trial.

Dr. Tracey’s research, which uses internal vagus nerve stimulation to treat inflammation, may also have applications for psychiatric disorders like PTSD, said Dr. Andrew H. Miller, the director of theBehavioural Immunology Program at Emory University, who studies how the brain and the immune system interact, and how those interactions can contribute to stress and depression.

PTSD is characterized by increased measures of inflammation in the blood, he said, which “can influence circuits in the brain that are related to anxiety.”

In one pilot study at Emory, for example, researchers electronically stimulated the neck skin near the vagus in 16 people, eight of whom received vagus nerve stimulation treatment and eight of whom received a sham treatment. The researchers found that the stimulation treatment reduced inflammatory responses to stress and was associated with a decrease in PTSD symptoms, indicating that such stimulation may be useful for some patients, including those with elevated inflammatory biomarkers.

Meanwhile, Dr. Porges and his colleagues at the University of Florida have patented a method to adjust vagus nerve electrical stimulation based on a patient’s physiology. He is now working with the company Evren Technologies, where he is a shareholder, to develop an external medical device that uses this approach for patients with PTSD.

How do you measure vagus nerve activity?

The activity of the vagus nerve is difficult to measure directly, especially given how complex it is. But because some vagus nerve fibres connect with the heart, experts can indirectly measure cardiac vagal tone — or the way in which your nervous system regulates your heart — by looking at your heart rate variability, which are the fluctuations in the amount of time between your heartbeats, on an EKG.

An abnormal vagal tone — one in which there is very little heart rate variability — has been associated with conditions like diabetes, heart failure and hypertension.

A high variability between heart beats may signify an ideal vagal tone.

How can you improve your vagal ‘tone’ at home?

Holding your breath and submerging your face in cold water can trigger the “diving reflex,” a response that slows the heartbeat and constricts blood vessels. Some people who have tried it report that it has a calming effect and can even reduce insomnia. Others wrap an ice pack in cloth and place it on their chest to relieve anxiety.

These specific exercises haven’t been sufficiently studied as methods for controlling anxiety or depression, so it is difficult to know if they work, or if they do, how well. Even so, some experts say they’re worth a shot. “It’s certainly one of the more benign things you can do,” Dr. Aaronson said.

But Dr. Tracey urged caution, adding that it’s difficult to properly assess the risks and benefits without clinical data. “I would not advise anyone to do any intervention without checking with their physician,” he said.

“For wellness, try to maintain high vagus nerve activity through mindfulness, exercise and paced breathing,” Dr. Tracey said. “These are all very good for you.”

The Vagus nerve as defined by Wikipedia

The vagus nerve, also known as the tenth cranial nerve, cranial nerve X, or simply CN X, is a cranial nerve that interfaces with the parasympathetic control of the heart, lungs, and digestive tract. It comprises two nerves—the left and right vagus nerves—but they are typically referred to collectively as a single subsystem. The vagus is the longest nerve of the autonomic nervous system in the human body and comprises both sensory and motor fibers. The sensory fibers originate from neurons of the nodose ganglion, whereas the motor fibers come from neurons of the dorsal motor nucleus of the vagus and the nucleus ambiguus.[1] The vagus was also historically called the pneumogastric nerve.

Understanding the vagus nerve could provide huge benefits to all those who suffer chronic pain.  It is an area that needs further research but some exercises you can do at home are described in the below video.  We believe any exercise you can safely perform at home and may assist in the ability to cope with pain, anxiety and depression, is worth exploring 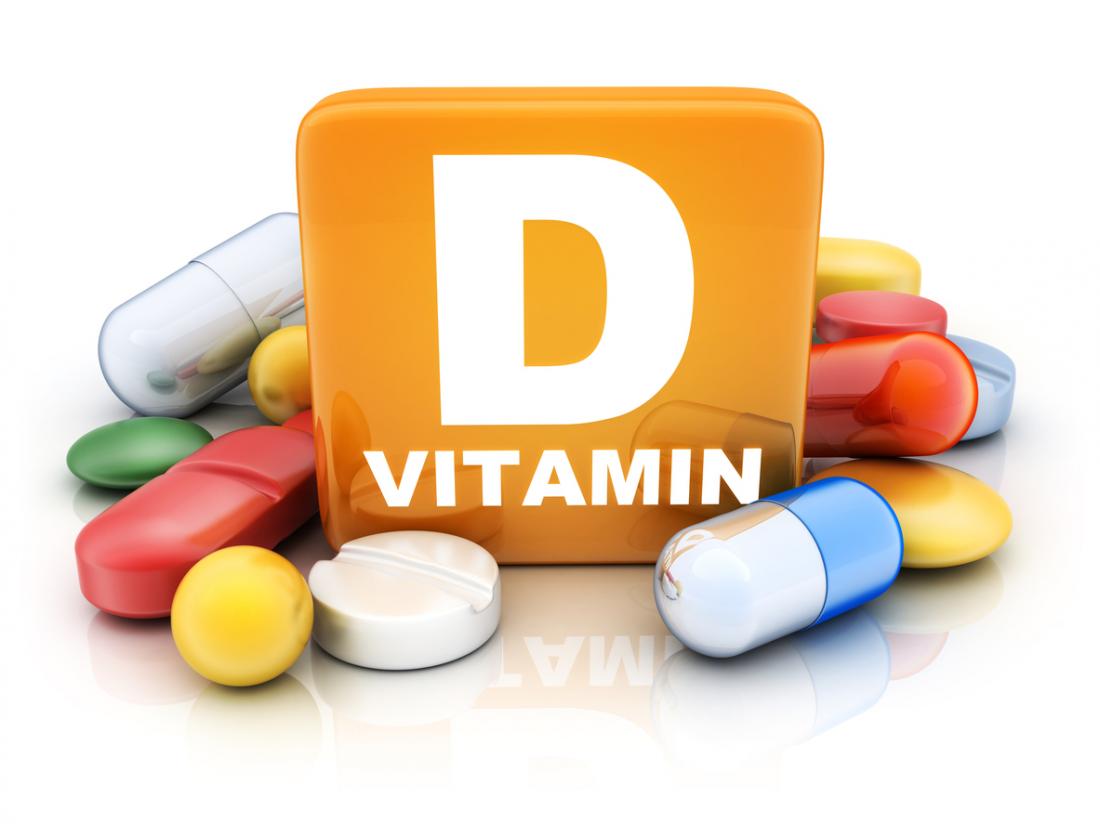 Results: In non-linear MR analysis, genetically predicted serum 25(OH)D had an L-shaped
association with serum CRP, where CRP levels decreased sharply with increasing
25(OH)D concentration for participants within the deficiency range (<25 nmol/L) and lev-
elled off at – 50 nmol/L of 25(OH)D (Pnon-linear ¼ 1.49E-4).

Analyses using several pleiotropy-robust methods provided consistent results in stratified MR analyses, con-
firming the inverse association between 25(OH)D and CRP in the deficiency range
(P ¼ 1.10E-05) but not with higher concentrations. Neither linear or non-linear MR analysis supported a causal effect of serum CRP level on 25(OH)D concentration (Plinear ¼ 0.32 and Pnon-linear ¼ 0.76).
Conclusion: The observed association between 25(OH)D and CRP is likely to be caused by vitamin D deficiency.

The full study can be read below