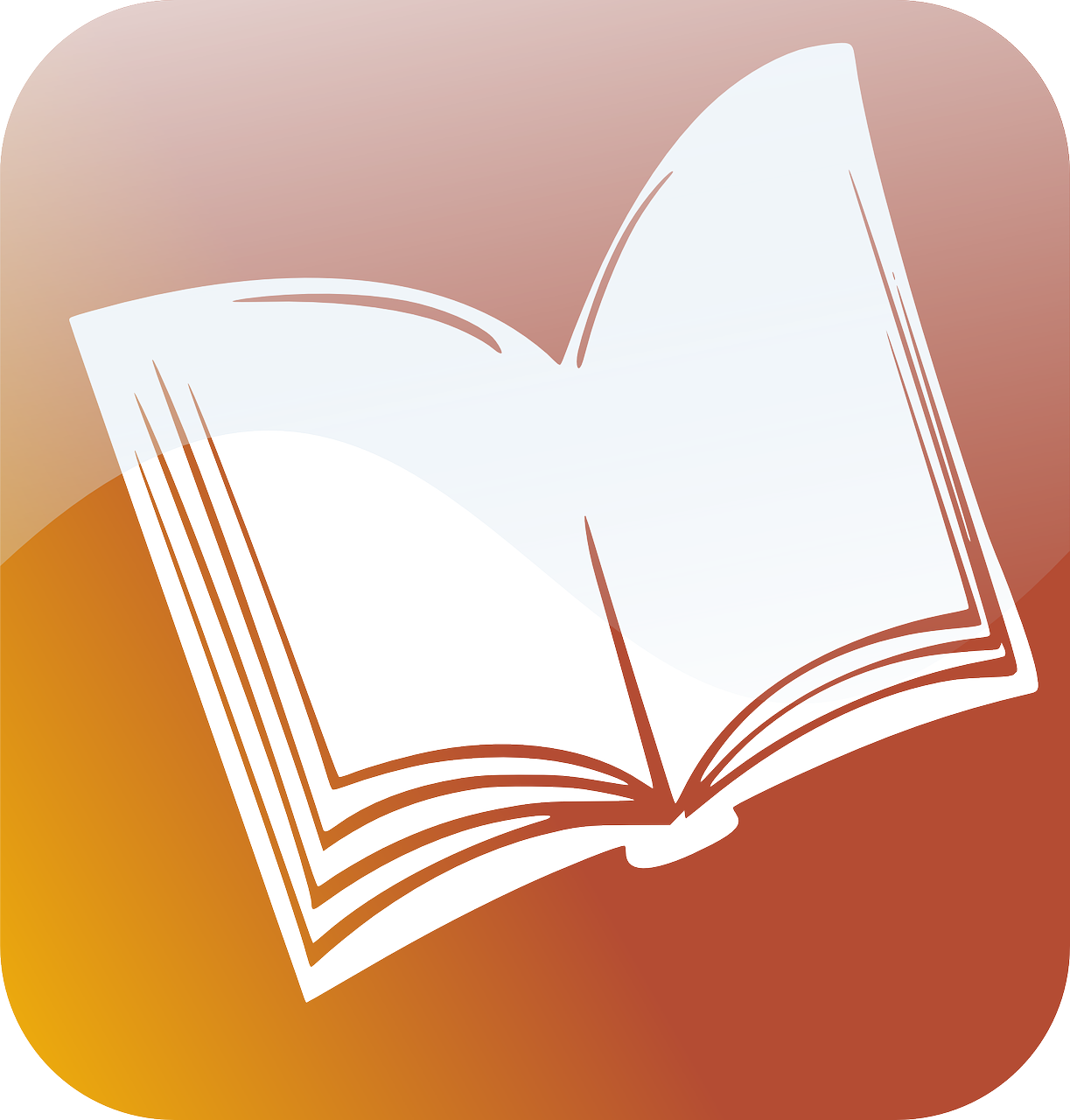 Ablative removal, separation or cutting of a structure

Acoustic neuroma (AN) a non-cancerous tumor growing on the acoustic or hearing nerve; occasionally AN can cause facial pain when it pushes a blood vessel onto the trigeminal nerve

Arachnoid/arachnoiditis a membrane of the brain; when abnormlly thickened, it is a potential cause of compression on the trigeminal nerve and is then termed arachnoiditis.

Atlas the top-most bone of the spine

Atypical irregular, not conforming to the type

Atypical trigeminal neuralgia (ATN) a type of facial pain that may have some of the characteristics of classic TN (sharp stabs and trigger points) plus other symptoms (i.e. constant, aching or burning pain in addition to the stabs); sometimes referred to as TN2

Bilateral referring to both sides; bilateral facial pain occurs on both sides of the face

Cerebellum part of the brain that controls movements

Cerebrospinal fluid (CSF) a fluid composed mostly of water, glucose, salt and proteins that surrounds, cushions and provides nutrients to the brain and spinal cord; a CSF leak occurs when CSF escapes through a small tear or hole in the outermost layer of connective tissue (called the dura mater) that surrounds the brain and spinal cord and holds in the CSF. This is an uncommon risk of MVD and other surgeries of the head.

Cluster headache searing, boring, come-and-go pain in the face or forehead thought to be caused by dilation of the blood vessels in the skull; sometimes confused with trigeminal neuralgia

Compounding a pharmacy technique in which medications are custom-prepared to meet specific needs of individual customers; those who offer this service are called “compounding pharmacists”

Computer tomography CT sophisticated X-ray which takes pictures of layes of the body at any depth.

Cranial nerves twelve pairs of nerves that serve various areas and functions of the head; the trigeminal (facial) nerve is one of these

Craniectomy surgical opening of the skull necessary for brain surgery

Craniosacral therapy gentle manipulation technique somewhat similar to light massage that is aimed at freeing the flow of cerebrospinal fluid; some believe impeded flow of this fluid can cause face pain

Deafferentation pain pain that occurs when parts of a nerve are injured to the point where they are disabled; usually a constant, burning type of pain

Deep brain stimulation A procedure in which surgeons insert a thin electrode through a small opening in the skull into the thalamus, a part of the brain where pain sensation occurs. A stimulation device attached to the electrode delivers low-grade electrical signals in an attempt to override pain signals.

Demyelination the process of losing or destroying myelin, the protective sheath around nerve fibers

Diagnostic distinctive feature of a disease

Dura. The waterproof covering that surrounds the brain.

DREZ acronym for “dorsal root entry zone,” a surgical procedure done in the neck region to disable the origin of the trigeminal nerve in the upper spine

Endodontist a dentist who specializes in filling root canals of teeth

Ephaptic transmission conduction across nerves at sites where it should not normally occur.

Facial palsy weakness of the muscles of facial expression

Gamma Knife a non-incision surgical device that uses gamma radiation to cause precisely aimed damage to targeted tissue; used to create lesions on the root of the trigeminal nerve to lessen pain

Ganglion a cluster of nerve cells

Gangliolysis a surgery to create targeted damage to a ganglion, usually to stop pain signals from getting to the brain

Gate Control a theory to explain how pain is experienced

Glial cells type of cells that the body uses to build myelin, the insulating sheath around nerves

Granulomas abnormal growths as a result of irritation

Herpes zoster also known as shingles, this is a viral infection caused by the same virus that causes chickenpox; can cause burning pain on the face and/or body

Hyperalgesia an increased response to a stimulus which is normally painful

Lesion an area of tissue damage

Linac acronym for linear accelerator, a non-incision surgical device that uses high-energy X-rays to cause precisely aimed damage to targeted

Mandibular area referring to the lower jaw region of the face

Meningioma tumor of the meninges, the membrane that covers the brain and spinal cord; can cause facial pain if the tumor pushes a blood vessel against the trigeminal nerve

Motor cortex stimulation surgical procedure in which one or two small contact plates attached to an electrical stimulation device are placed on the surface of the brain over the cortex region; stimulating this region with low-grade electrical current reduces activity in the thalamus where pain is felt

Myelin the protective coating that surrounds nerve fibers; made out a layer of proteins packed between two layers of lipids (fats)

Myofascial pain dull, aching muscle pain of uncertain cause; when it occurs in the facial muscles, the pain can be triggered by touching the area

Nerve block use of a drug, chemical or surgery to stop a nerve signal from getting through to the brain; can be used for temporary pain relief or as a way to diagnose the exact nature and location of a pain

Nervus intermedius a branch of the genicular nerve; when compressed by a blood vessel, it can cause pain deep in the ear

Neurectomy surgical removal of a nerve or nerve branch

Neuropathic pain originates in the nerve, usually due to injury or disease

Neurotransmitter body chemical that is used to transmit nerve impulses from one nerve cell to another; sodium and calcium are two of the most common

NICO acronym for neuralgia-inducing cavitational osteonecrosis; presumed cause is a chronic infection of bone in the jaw that can damage the nerve branches in the affected bone

Opioids pain-killing agents that originate from the poppy flower and its product, opium

Orofacial area of the face around the mouth

Palsy a medical term which refers to various types of paralysis, often accompanied by weakness and the loss of feeling and uncontrolled body movements

Pain threshold the point at which an applied, escalating sensory stimulus (heat, cold, pressure, pin-prick, etc.) is reported by a person as pain

Paratrigeminal neuralgia throbbing headache-like pain in the upper branch of the trigeminal nerve, thought to be caused either by an inflammation or infection of the nerve; also called “Raeder’s syndrome”

Paresthesia an unusual sensation that may be described as “tingling,” “crawling” or pins and needles; often accompanies mild numbness; an abnormal sensation whether spontaneous or evoked

Percutaneous through the skin; when referring to “percutaneous procedures” in treating facial pain, a type of surgery in which the surgeon inserts a needle or electrode through the cheek as opposed to entering the skull

Peripheral nerves nerves outside the brain and spinal cord; these include the many branches of the trigeminal nerve that serve the teeth, gums and other parts of the face

Post-herpetic neuralgia a type of facial pain caused by damage from the herpes zoster (chicken-pox) virus; may occur after a bout of shingles

Preganglionic situated proximal to the a ganglion

Radiosurgery the use of radiation devices to treat diseases and disorders without having to cut into tissue; examples are Gamma Knife and CyberKnife

Refractory stubborn or unmanageable; resistant to a process or treatment

Remyelination the process of rebuilding lost or damaged myelin, the protective sheath around nerve fibers

Stereotactic guided by X-ray view or similar scanning device; a way for surgeons to be guided to precise, three-dimensional locations in the skull and face

SUNCT acronym for “short-lasting, unilateral, neuralgiform headaches with conjunctival injection and tearing”; a sharp, come-and-go pain centering around the eye along with a red eye, tearing and a runny nose; believed to be caused by an inflammation of blood vessels around the eye

Secondary trigeminal neuralgia facial pain that occurs as a result of another condition, such as multiple sclerosis or a tumor

Temporal arteritis aching, throbbing and sometimes burning pain in the temple area caused by an inflamed artery in that area

Trigeminal nucleus the origin of the trigeminal nerve in the top three bones of the spinal column, the upper-cervical spine

Trigger point often at the end of a nerve which if touched results in pain; also referred to as the action that sets of facial pain, such as tooth-brushing, cold air, or chewing