In a session on “Dental Care and Hygiene for TN patients,” Henry A. Gremillion, DOS of the University of Florida College of Dentistry, explored 3 major connections between TN and dental care.

When TN pain begins, a dentist is often the first health professional an individual turns to.
Dr.Gremillion explained that the diagnosis is difficult because the head and neck share the same neurological circuitry, which means that different head and neck disorders often produce similar symptoms. In particular, pre-trigeminal neuralgia can mimic tooth pain.
​
Pre–Trigeminal Neuralgia generally causes background aching with occasional lightning-like jolts of pain. A knowledgeable dentist can use a local anaesthetic to make a diagnosis; if pain relief from the injection lasts substantially longer than the effects of the local generally last, the patient may have pre-TN.

2. Dental treatment can cause TN by damaging the trigeminal nerve.

Dr. Gremillion noted that in such cases the dymyelination of the nerve takes place in a peripheral area, rather than near the brain stem. There is evidence, he said, that when a peripheral nerve is injured, it develops new sodium channels and thus becomes more sensitive. In a phenomenon almost like sunburn, it begins to fire in response to non -painful stimulation. In other parts of the body, damaged peripheral nerves usually recover, perhaps by remyelinating; we don’t know why this doesn’t happen with trauma induced TN.
​
A number of dental procedures have the potential to damage the trigeminal nerve. Dr. Gremillion believes that even the needle that delivers an injection of the local anaesthetic can do it, damaging the nerve’s myelin sheath or exacerbating a nerve injury that already exists. He recalled that when he was in dental school, he got an ‘A’ if the needle he wielded gave the patient a jolt of pain because the pain proved he had found the nerve. He now says that if a patient gets a jolt from the needle, the dentist should immediately pull the needle back.

3. Dental procedures can stimulate the trigeminal system and thus trigger or worsen the pain of TN.

Dr. Gremillion suggested a number of ways to prevent that from happening. To begin with, he emphasised the importance of maintaining good dental hygiene. Many patients avoid going to the dentist, afraid the visit may worsen their pain. However, if their teeth decay due to neglect, that in itself can augments TN pain even as it makes future dental procedures necessary.

Know your pain cycle, said Dr. Gremillion, and schedule dental appointments during remissions; then use preemptive analgesia to reduce aggravation to the trigeminal nerve.
​
Ask the dentist to work with your doctor and advise you on how to boost your TN medication, beginning a few days before the dental appointment.
​
You might increase the dosage of your usual drug ( or start taking it again, if you have been on a drug holiday) or add a small dose of different medication. How much extra medication you need depends on the procedure you’re having – a cleaning, for example, would require less.
​
Obviously, you need to find a dentist willing to work as a team with another health care professional.
​
In order to protect the trigeminal nerve for as long as possible, preemptive analgesia should also include a pain killer taken before the procedure and again afterwards before the local anaesthetic has worn off.
​
“Other medications are worth considering, as well” said Dr.Gremillion, “for example, you might use a non-steroid anti-inflammatory to reduce any inflammation as well as pain. In addition, try to maximise your own comfort during the procedure. If you think it will help, bring a pillow from home.”
​
During another session, David A. Sirois, DMD.PhD of the New York University College of Dentistry noted that some people like to use laughing gas as well as local because the gas relaxes them.
​
Steven B.Graff-Radford, DOS of Cedars Mt.Sinai Medical Centre in LA stated that local injections are better for TN patients than general anaesthesia because a local actually interrupts pain signals to the brain, whereas” all anaesthesia does is knock you out. Any time there is sensory input into the nervous system, that increases TN pain.”

For home care of teeth, Dr.Gremillion had a number of suggestions.
​

According to Dr.Gremillion, it’s also important to avoid irritants. Don’t have your teeth bleached, either by a dentist or with a home- applied bleaching solution.
​
Avoid tartar-control toothpaste, which can irritate the gums. Dr. Gremillion also recommended using super soft toothbrushes.
​
Some members have also found using a toothpaste designed for sensitive teeth has enabled them to brush their teeth without their TN flaring up.

If you must have major work done, I recommend preemptive anesthesia to prevent the pain of the dental procedure from “jazzing up” the transmission of pain signals from the trigeminal nerve to the brain.
​

You may need to ask in advance because the average dentist doesn’t keep this particular drug in stock. Marcaine is long-acting, so you’re less likely to need multiple injections – each one producing pain signals. Epinephrine is a vasoconstrictor; added to a local anaesthetic, it prevents blood flow from carrying away the anaesthetic and thus prolongs its numbing effect. However, epinephrine can trigger nerve pain, so you’re better off without it.
​
Ask the dentist to inject the local anaesthetic at a site as far away as possible from the trigger point for the TN pain. 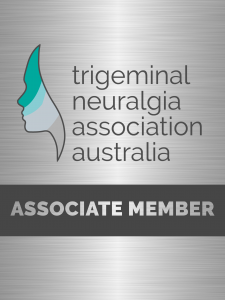