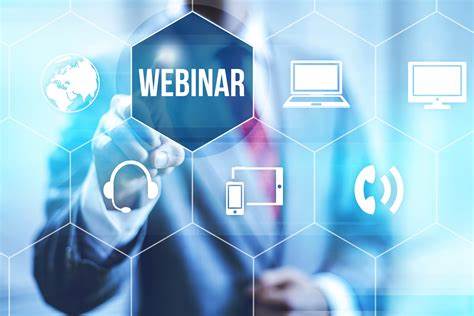 Trigeminal Neuralgia Association Australia are delighted to provide our link to the webinar presented by Dr Jeremy Russell in Dec 2022.

This webinar completes our program for 2022

Dr Jeremy Russell is one off our distinguished Medical Board Advisors, and has generously provided his time and expertise to assist all sufferers of trigeminal neuralgia. 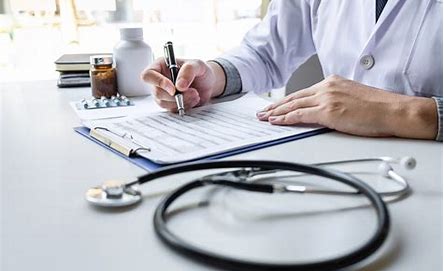 Mr Jeremy Russell is an Australian trained neurosurgeon who manages all general neurosurgical conditions. He has subspecialty expertise in both cerebrovascular and skull base neurosurgery, having obtained fellowships in both areas at the Toronto Western Hospital in Canada. He uses state of the art intraoperative technology to perform angiograms (vessel imaging) and neuromonitoring when appropriate, significantly reducing the potential risk of stroke to patients.

We have been provided with the power point presentation Trigeminal Neuralgia - Mr Jeremy Russell and the recording of the meeting below.  We hope you find both useful 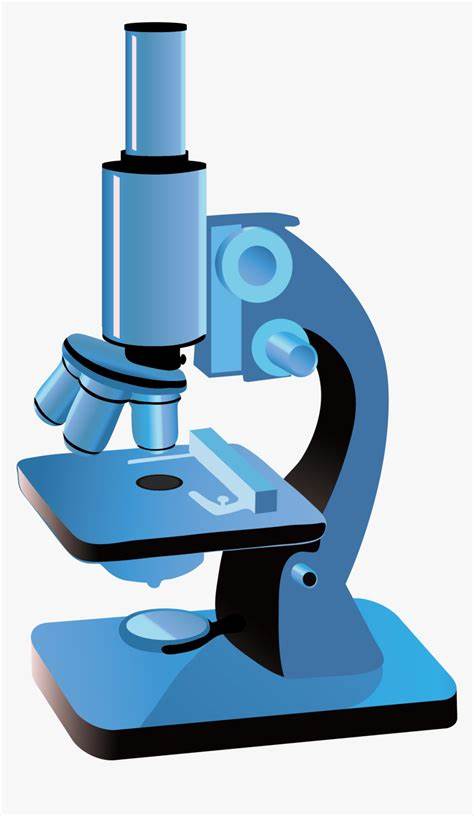 In Search of a Cure: Finding the Genes that Predispose to Trigeminal Neuralgia

A compressed trigeminal nerve is sometimes the reason why a patient suffers. However, it’s a fact that many people, if imaged, would present a similar compression, but experience no pain. Why? That question inspired our scientists to hypothesize there is a genetic predisposition to TN. Their plan is to find these defective genes in TN sufferers, which could then provide targets for designing customized drugs or gene therapy. For their analysis, they collected DNA samples from nearly 1,000 patients at seven US locations, one in Canada, and one in the UK. Their findings from this analysis may unlock the mystery of why some people suffer, and so many others do not.

Towards Gene Therapy for Trigeminal Neuralgia

The primary goal of this project, led by Dr. Todd Golde at the University of Florida, is to identify a novel gene therapy approach to treat and cure TN and related neuropathic pain. Gene therapies rely on a modified viral vector to enable delivery of the genetic “payload” to cells. In this case, the viral vector is, in essence, the “shuttle” that enables the payload to be delivered to the nerve. There are many potential genetic “payloads” that might be used to dampen or block pain signaling in the nerve. Our team’s research involves systematically evaluating various viral vector shuttles, and various delivery methods. In addition, they will generate payloads that suppress pain signaling by either knocking out (CRISPR mediated gene silencing), or reducing the level (miRNA based antisense approaches) of factors important in pain signaling.

Identifying Sensory Genes That Are Critical to Neuropathic Pain, Including Trigeminal Neuralgia

We believe we still don’t know all of the elements responsible for the initiation of Trigeminal Neuralgia pain. The question is which genes are critical and can these be selectively regulated to manage TN, but, to date, the focus of the field has been on a relatively small number of genes.  Dr. Allan Basbaum is examining a relatively large number, and wider variety of, genes using the “one gene at a time” approach. This study was prompted to a great extent by his team’s comprehensive analysis of a dorsal root ganglion (DRG) from intact and nerve-injured mice. This analysis identified almost 1200 genes that affected pain after the injury. To prioritize genes for future study as causing TN, they chose some that have been reported repeatedly in the scientific literature, genes that showed the greatest change in expression after injury, and the so-called dark genes which until recently have largely been ignored. The plan is to identify the genes that impact TN, and then create or find the therapies needed to “manage or fix” them to end the pain.

Mapping Towards a Cure: Finding the Brain Signature Centers that Cause Trigeminal Neuralgia

Led by Dr. John Neubert at the University of Florida, our team of researchers hypothesized that specific neural centers in the brain and spinal cord are active prior to, and during, a TN attack, essentially “lighting up” with activity. These neural centers hold the key to providing pain relief, as they give us a specific area to target for curative treatments- if we can block these centers, we can prevent the pain. Using highly advanced magnetic resonance imaging, our team has scanned over 60 TN patients, and located what we believe are the “pain centers” of TN patients.

Evaluation of a Cellular Therapeutic for the Treatment of Trigeminal Pain

Neurona Therapeutics is a pre-clinical stage biotechnology company that was founded by four leading-edge neuroscientists and stem cell pioneers at The University of California, San Francisco. Led by Dr. Cory Nicholas, Ph.D., Neurona has formed a strategic research collaboration with the Facial Pain Research Foundation, to develop a human inhibitory interneuron therapeutic (neuro-stem cells) for the treatment of neuropathic pain conditions like TN.  As an example of the unique collaboration we foster between our scientists, our researchers at The University of Florida are providing the animal subjects to test whether Neurona’s neural stem-cells can stop neuropathic facial pain in animals. If successful, we will then move to human trials.

CODA Biotherapeutics, Inc., is a preclinical-stage biopharmaceutical company developing a gene therapy to stop TN. Led by Dr. Orion Keifer, CODA has formed a strategic research collaboration with the Facial Pain Research Foundation, with the goal of utilizing CODA’s chemogenetic gene therapy platform to identify and develop potential new therapies and cures for Trigeminal Neuralgia, and related neuropathic pain. Under the collaboration, CODA is working with the FPRF to establish a research continuum that is dedicated to identifying the mechanisms underlying neuropathic facial pain and to developing groundbreaking therapeutic strategies that aim to permanently stop the pain.

Cholesterol Homeostasis in Peripheral Nerve Myelin with a Focus on Statins

The aim of this research, led by Dr. Lucia Notterpek, Ph.D., was to prove that unhealthy and/or damaged myelin- the protective coating of nerves- is the reason why some patients have TN pain. We have confirmed this in animal subjects, and treatments to stop their pain by repairing this damaged myelin have been successful. We hope to achieve this in humans organically, through dietary supplements, rather than with medications, and believe this will be an effective therapy for those who’ve developed TN as a result of myelin-related causes.

The overall long-term goal of this project is to begin a search for new, novel, pain control therapies to supplant highly addictive opioids.  Dr. Rob Caudle at the University of Florida has chosen botulinum toxins as his therapeutic agent, which have already proven very successful in treating migraine headaches.  However, he has modified these toxins with a unique research approach. The newly created substances are directed to the appropriate sensory neurons, which Dr. Caudle and his team have identified, where they are internalized, and disrupt neurotransmission- the result of which, is the inhibition of pain.

The Role of TMD in the Diagnosis of Trigeminal Neuralgia

There is considerable confusion regarding the diagnosis of TMD (Temporomandibular Disorder), and because of the lack of good diagnostic tools, many TMD patients end up being referred to neurologists and neurosurgeons as TN patients. Since there is significant symptom overlap between the two conditions, some of these TMD patients end up being mistakenly treated for TN. 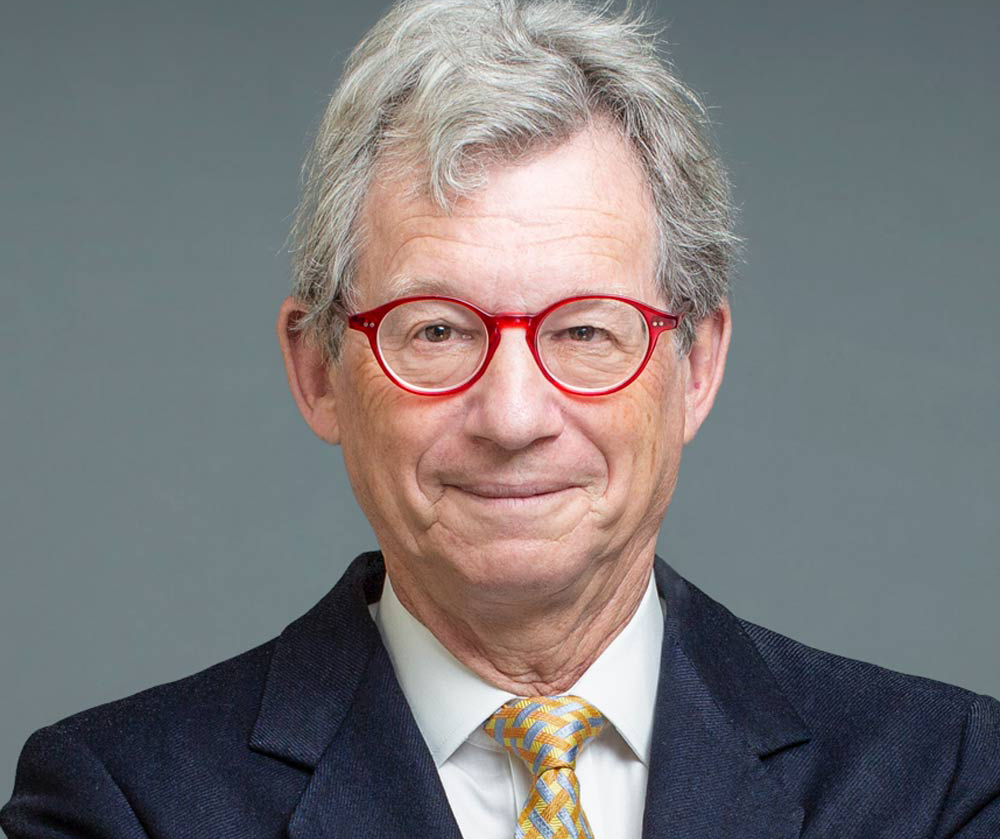 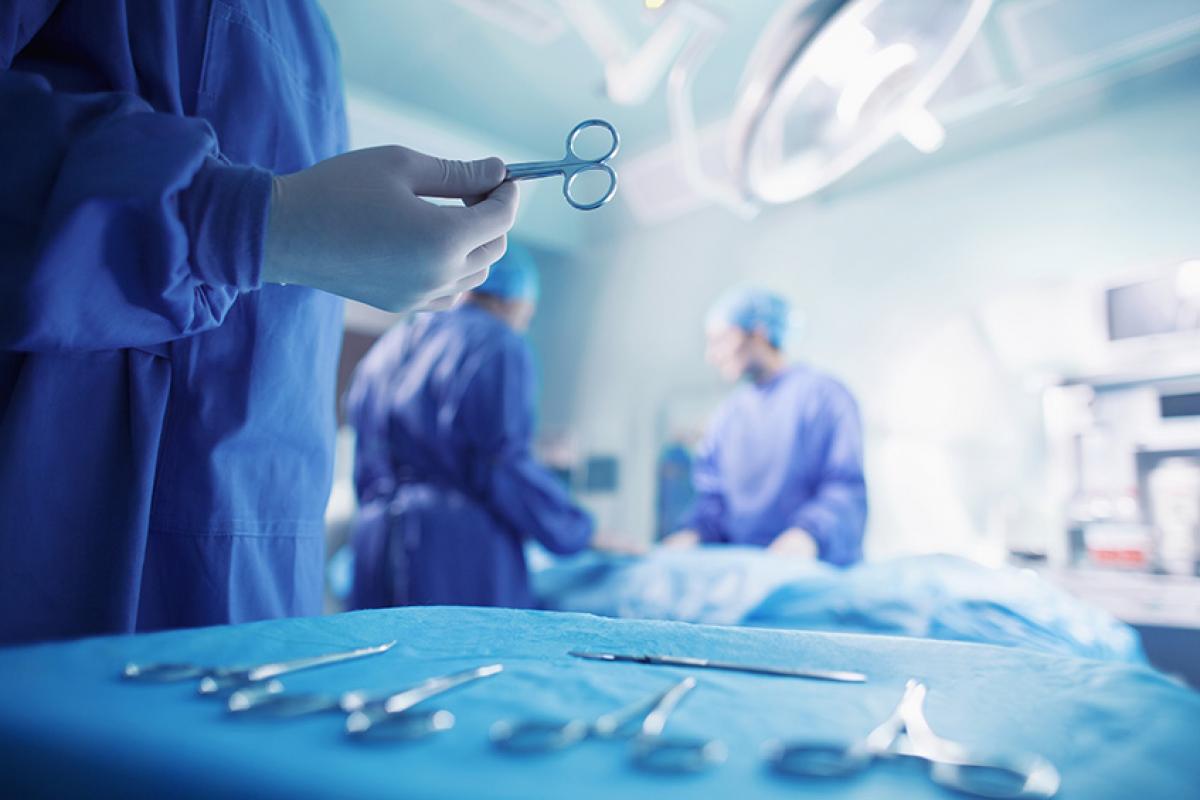 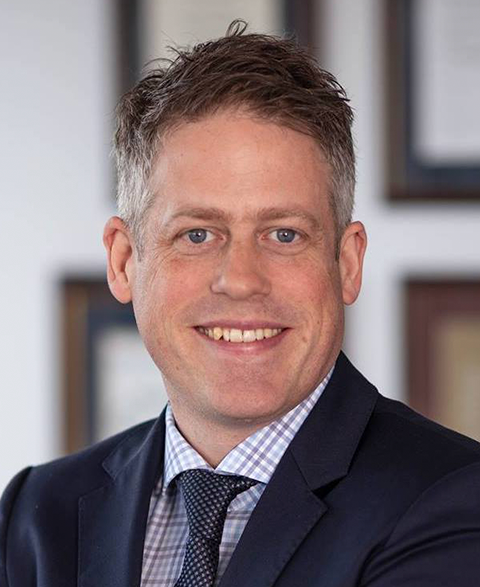 The webinar is limited to 500 attendees, so be sure to add this event to your calendar.  You will not be required to register in advance just click on the link below the flyer to join the meeting 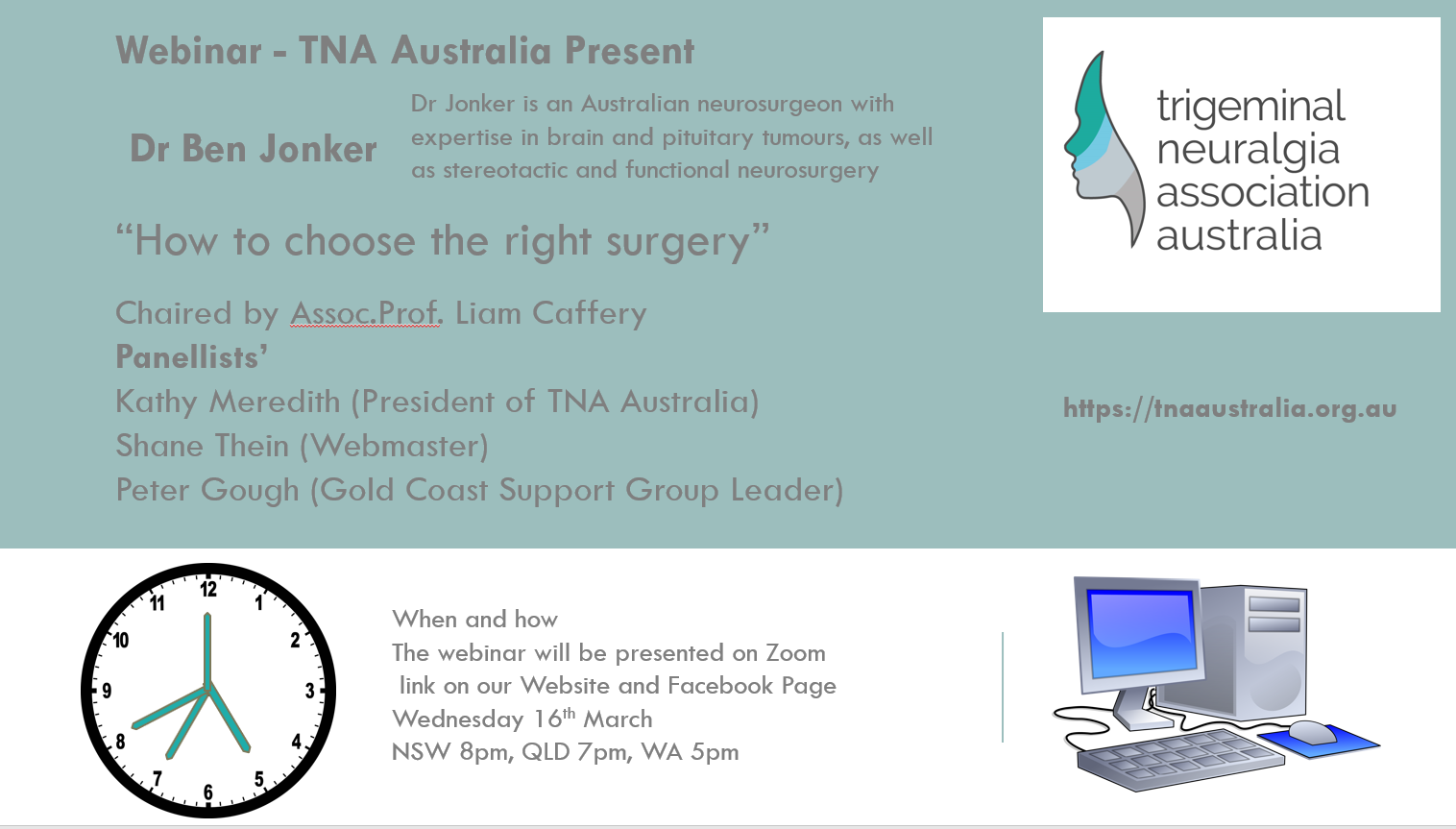 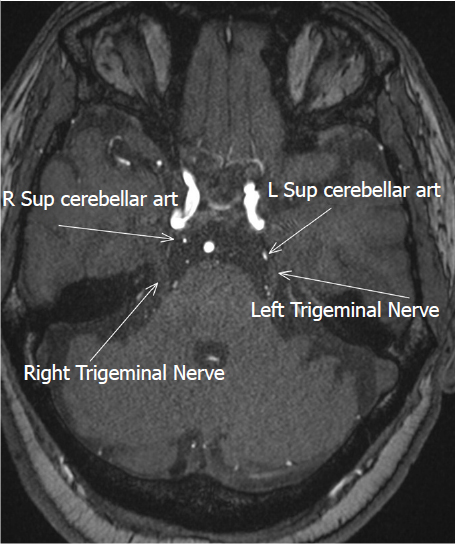 If you like your Trigeminal Neuralgia explanations about the cause, medication and treatments a little more medical,  spend 5 minutes watching this video, it is clear in its description, explanation and information

You may think you know everything there is to know about Trigeminal Neuralgia, but watching presentations from different sources may provide you better insight or something you hadn’t considered before